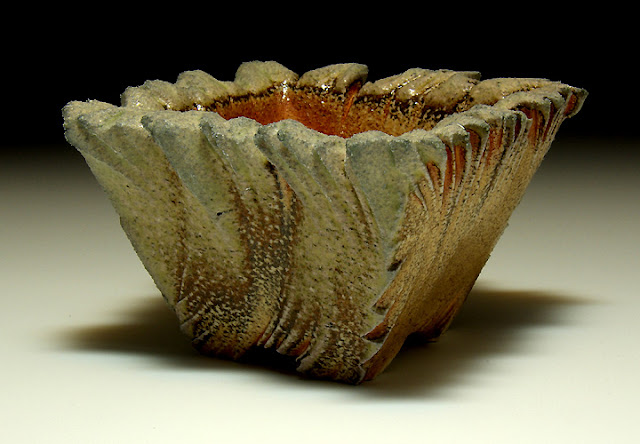 Gail Nichols , the famous innovator from Australia was our wonderful soda firing workshop leader. The objective was to get soda ice built up on the work. Some how it is fitting (and a bit strange at the same time,) that someone living in Newfoundland would in the 100th anniversary year of the sinking of the Titanic (just off our coast) be making iceberg bowls (carved from solid lumps of white clay) and want them glazed with soda ice crystals by a potter from down under. Well as you can see...it definitely worked. The clay for this piece is a white (raku) sculpture clay cone 10 with 25% 30-80 mesh grog by Tuckers Pottery Supply from Ontario, Canada. The workshop was held during NCECA 2012 at the amazing facility called Pottery Northwest in Seattle, Washington, USA.
(Image credit: Itaro Hayashida)
Posted by david hayashida at 5:45 PM